Home > About us > The Stormshield technology partner ecosystem

The world of cybersecurity features a wide range of actors with diverse and complementary skill sets. Co-operation, information sharing and partnerships are vital assets when facing an explosion in threats and sophisticated cyberattacks. For this reason, Stormshield has decided to engage in a policy of openness towards this ecosystem and co-operation with other actors, with the aim of developing joint solutions, pooling threat information, collectively improving our customers’ defences, advancing the state of the art in terms of cybersecurity and taking full responsibility for its own role in making cyberspace a harmonious, sustainable environment.

Expertise as part of Airbus Cybersecurity

As a 100% subsidiary of Airbus CyberSecurity, our respective expertise and missions are closely linked: to deliver cybersecurity and data protection for organisations, their employees and their customers – especially in cases where the activities and data in question are of a critical nature. Our teams now offer complementary solutions: in addition to Stormshield products, Airbus CyberSecurity markets an extended range of additional services (CyberRange, SOC, Cyber-consulting, Orion Malware, etc.).

We see our mission as being to offer our customers the highest possible levels of security, and so we also draw upon recognised market solutions. This allows us to combine our own expertise with that of our technology partners as part of a philosophy of incorporating high-value components into our products, or interactions between solutions.

Partnerships of trust to protect networks

Stormshield Network Security is built into Centreon IMP, an IT monitoring solution for use by SMEs and SMIs.

The partnership between Stormshield and Cyren provides secure access to the Web via highly granular categories and a rich URL database for efficient filtering.

Stormshield network protection equipment’s authentication mechanisms are enhanced by InWebo’s strong authentication solution, while retaining a single solution for all of the company’s systems.

Stormshield Network Security appliances incorporate Kaspersky’s anti-malware technologies, acknowledged as some of the most effective on the market. They are constantly being updated, and offer an effective response to even the most devious malware. 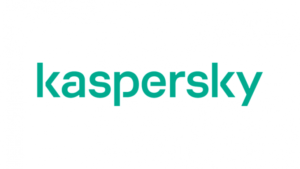 LogPoint is a European pioneer in SIEM and log management. Its solution collects, analyses and correlates trace data generated by Stormshield Network Security appliances, providing a clear insight into your infrastructure’s security.

Plixer’s Scrutinizer platform uses technologies such as NetFlow and IPFIX to quickly collect, archive and retrieve traffic information generated by Stormshield Network Security appliances. In this way, it is able to address network investigation and performance requirements.

Stormshield Network Security appliances are interoperable with Prelude, a French SIEM solution for use by OIVs (government-designated operators of essential services).

Stormshield users can take advantage of Restorepoint’s ability to back up the configuration settings of any appliance on their network. This provides protection for your infrastructure against human errors and lets you archive various different versions of your configurations.

Schneider Electric, a leader in industrial automation and control solutions, has been involved with Stormshield from the start to address industrial cybersecurity issues. The synergy between the two players has made it possible to develop a firewall offer suited to a large number of industrial infrastructure types.

Siemens is one of the first companies in the sector to tackle the issue of industrial cybersecurity head-on. The Siemens-Stormshield partnership was therefore the natural outcome of constructive discussions aimed at improving protection for industrial infrastructure.

Skybox is a network modelling and simulation solution for customers with multi-brand hybrid networks. Stormshield's support allows SNS firewalls to be integrated into the overall network mapping and double-barrier security mechanisms to be implemented based on Stormshield appliances.

To make use of the large volumes of logs from Stormshield Network Security and provide our customers with relevant visualisations, Stormshield has developed a plugin that is available for the Splunk applications database.

Partnerships of trust for protecting workstations and servers

To ensure confidential communications, Stormshield includes VPN solutions qualified by TheGreenBow in its offering. The combination of this qualified VPN product with our Stormshield Network Security products provides end-to-end confidence for IPsec communications, in accordance with the requirements of sensitive organisations and operators of essential services (OIVs).

Partnerships of trust for protecting data

The Stormshield Data Security for Cloud & Mobility solution is fully integrated with Dropbox for the end-to-end encryption of documents exchanged via that platform.

For more demanding environments, Stormshield Data Security for Cloud & Mobility is based on an integration with Gemalto’s SafeNet MobilePKI hardware security solution to ensure the security of sensitive data.

The integration of Stormshield Data Security for Cloud & Mobility into Oodrive’s PostFiles collaboration solution has created a new-generation secure collaboration offering. Users can collaborate effectively by adopting this service without compromising data protection and the confidentiality of their information assets.

The partnership between Stormshield and Titus provides automatic security for sensitive data based on a continuous classification of that data. Its reduced dependency on user input delivers improvements in security. 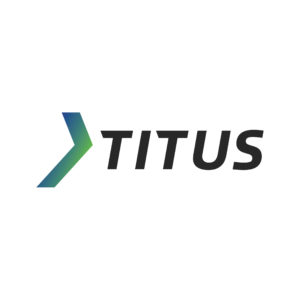 Why don’t you become a Stormshield technology partner too?
Contact us

Strong commitment is in our DNA

As the result of the merger between two French companies – Arkoon and Netasq – it is hardly surprising that Stormshield’s strongest roots are in France.

At regional level, our teams are dedicated and committed participants in the monthly meetings of the CLUSIR Nord de France information security association, alongside security experts from the Hauts-de-France region. The goal of this association is to promote in-depth reflection and discussion on best practices for raising awareness and contributing to the improvement of information systems security.

Stormshield is also involved in raising awareness of cyber risks among financial and management professionals via the Association nationale des Directeurs Financiers et de Contrôle de Gestion (DFCG) national association’s network, particularly through the work of its President and CEO, Pierre-Yves Hentzen. As the former Chairman of the Auvergne-Rhône Alpes region’s DFCG and now administrator of the Association, he is a regular participant in conferences, forums and lunches, where he shares his experience of the cyber world.

As part of this same philosophy of raising awareness of cyber risks among other less aware stakeholders, Stormshield has been involved for several years in the Mouvement Génération RH (MGRH), particularly through the work of Sylvie Blondel, the company’s Director of Human Resources. Sylvie is an active member of the Club, taking part in working groups and events to raise awareness among the Human Resources profession, as they are key players in promoting improved digital hygiene.

At national level, Stormshield is a member of CLUSIF (French Information Security Club). The aim of this association is to promote exchanges of ideas and feedback regarding information security.

Since 1998, at the same national level, Stormshield has been actively increasing its support by providing financial assistance to the FreeBSD Foundation, in order to help it accelerate its development and its recruitment of new developers.

Stormshield is also a long-standing member of the TECH IN France association, the voice of the digital industry in France. Here, various company employers take turns to participate in workshops, surveys and content creation initiatives.

At the same time, Stormshield is an active supporter of the “Action contre la cybermalveillance” (ACYMA) anti cyber-malware public interest group. In late 2017, Stormshield officially launched its national assistance system for victims of cyber attacks with the Cybermalveillance.gouv.fr platform. Its objective: to play an awareness-raising, preventative and support role in terms of digital security among the French population.

Lastly, in late 2018, Stormshield also announced its official support for the Paris Appeal for trust and security in cyberspace, launched by the President of the French Republic.