A new group of cyber criminals, Black Basta, is making the news at the end of April, having already impacted more than 12 companies. The group is very young, as their first identified target only dates from the first half of April. But given their track record, it is very likely that this is an established group that has decided to change its name. Here is an update on the ransomware associated with the group, from the Stormshield Customer Security Lab team.

Context of the Black Basta attack

On 20 April, the French property management company Oralia announced that it had suffered an attack that paralysed its computer system. Very quickly, the attack was claimed via a showcase site on the darkweb, belonging to a new group of cyber criminals: Black Basta.

Although the deployment vector is still undetermined, the ransomware used is relatively classic: after hijacking a legitimate Windows service to run in safe mode, it exfiltrates the data on the computer and encrypts it. It also makes sure to delete all backups, resulting in the loss of data on the affected machines (server or workstation).

To date, three variants of this ransomware are known:

An inspection shows that there is no signature associated with these files. An Interesting fact is that one of the three files appears to be a prototype of the two others, with a different ransom note and encrypting the files directly without trying to destroy the machine's backups. It even allows the display of debugging logs to see the execution of the binary – a very rare occurrence, which would confirm the hypothesis of a test binary. 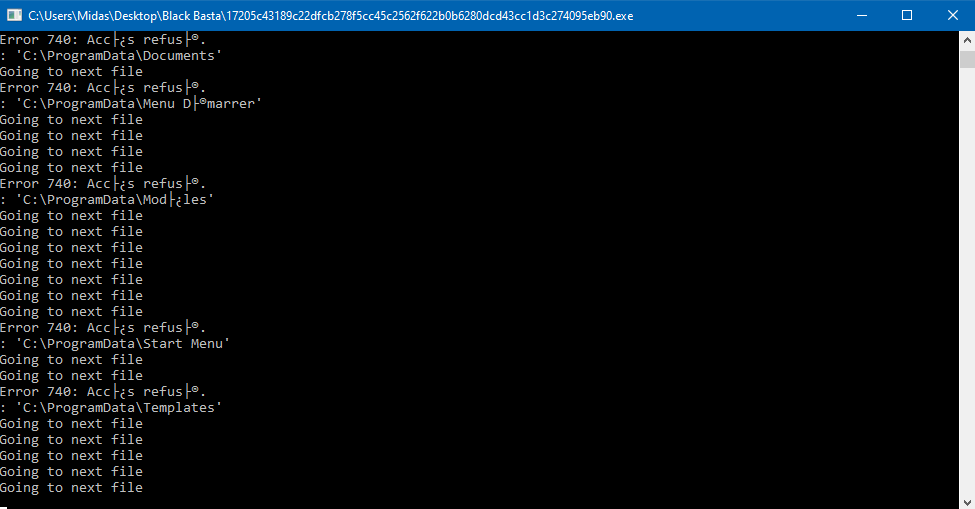 The malware has not been post-compiled to make it difficult to analyse. In this sense, it is not compacted (packaged) and the strings appear in clear text. Compared to the other two samples, it differs in several ways:

The ransom note explicitly states the encrypted ransomware as "no_name_ransomware". 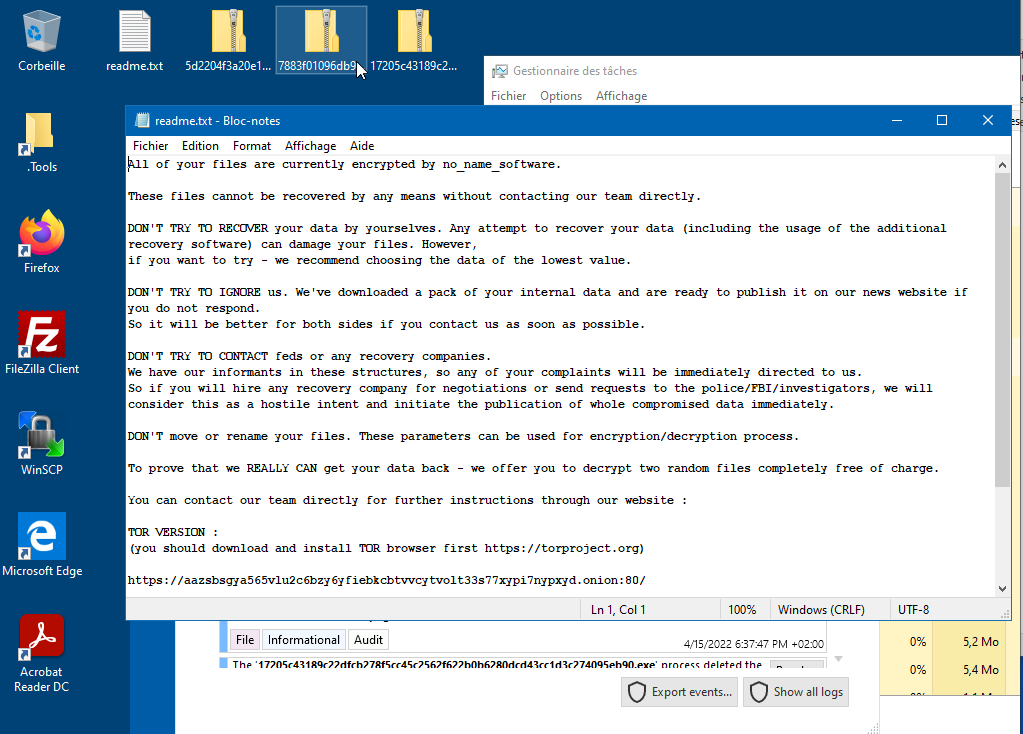 Figure 2: Ransom note when the prototype encrypts the post

In terms of operation, when the malware starts its execution, it encrypts the resources of the computer in addition to dropping the note.

The differences with the prototype end there, because unlike the first malware, the two following ones are much more accomplished. Their objectives are multiple: to bypass the computer's protections, to delete backups and to encrypt the computer. These two samples are processed at the same time because, although they have a different hash, they perform more or less the same actions. 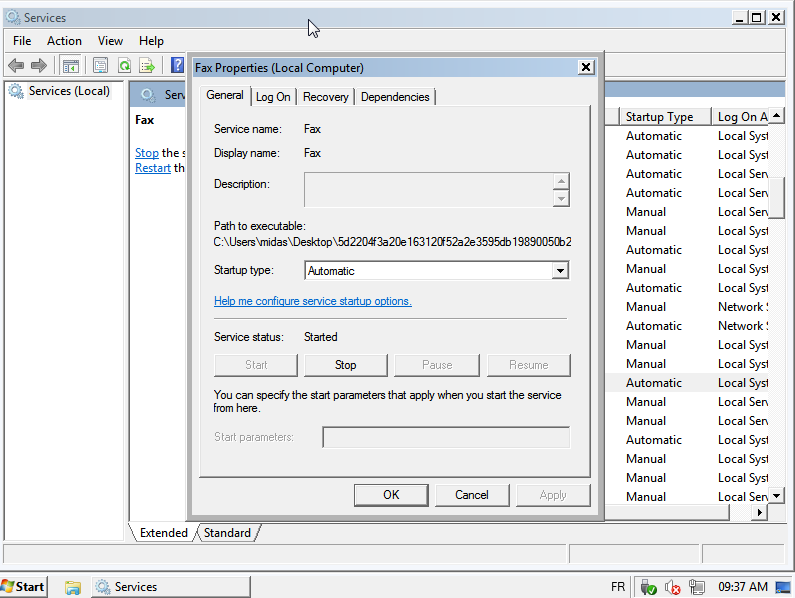 Figure 3: The Windows Fax service is redirected to start the malware when the computer starts up

It is interesting to note that despite hijacking an automatically started service, the load will not restart and re-encrypt the files because the fax service is disabled afterward. 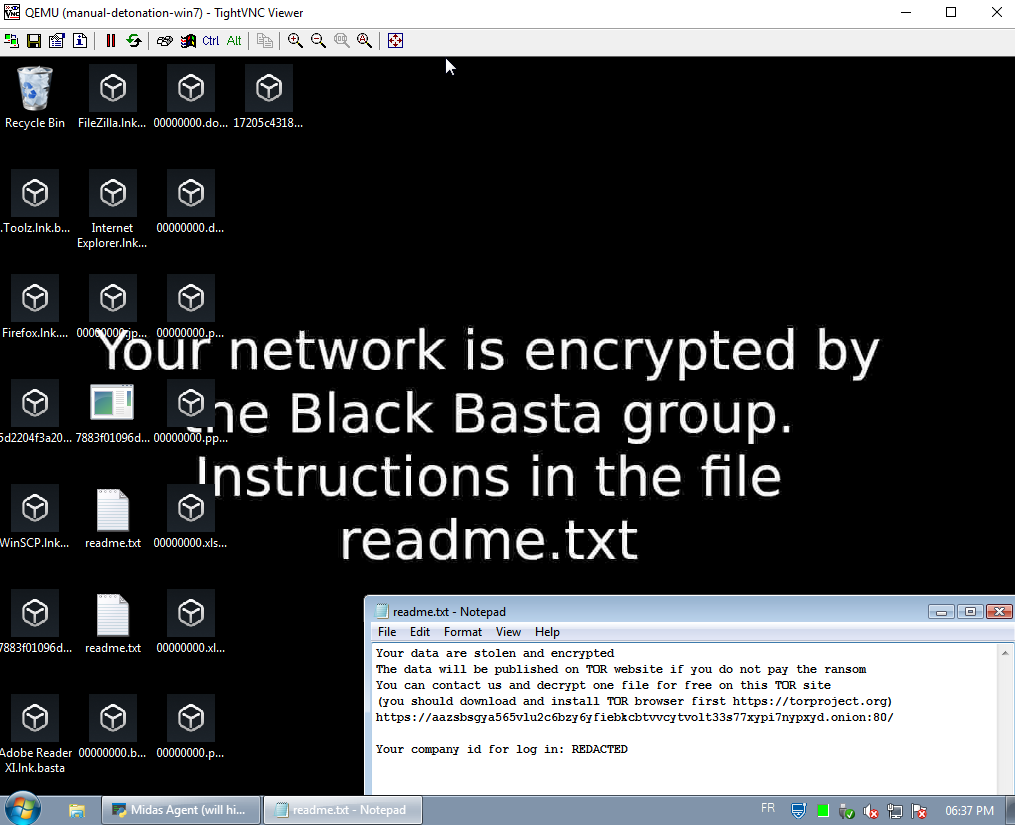 Figure 4: The endpoint is encrypted and unusable

This malware attacks Windows XP, Vista, Seven, 10 and 11 systems, both 32-bit and 64-bit, regardless of the system language.

This malware absolutely requires administrator rights in order to drop the driver and load it. This is not a problem for the cyber criminals, as in the attack vector observed, the deployment of the malware was done through an initial compromise of the fleet.

The malware performs its malicious actions very shortly after starting up. Thus, as soon as its CPU activity drops to 0%, the system is already corrupted. Windows system files are preserved to keep the system running. Note that the malware ends after encrypting the rest of the system.

The malware requests an immediate safe mode reboot of the machine after taking over a Windows service. 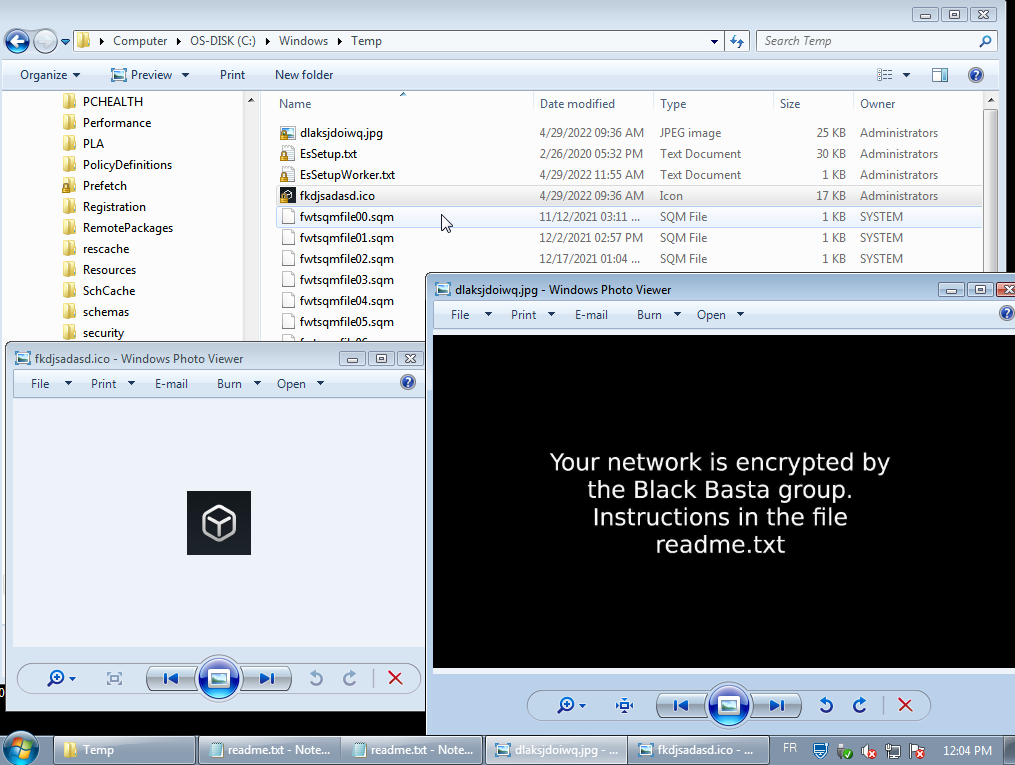 Figure 5: Resources deposited by the malware

When a file passes through the relevant stream, SNS will perform a hash of the file and check its safety with Breach Fighter (in case of an unknown file, it will be sent to our cloud detonation environment). It will then be blocked immediately.

For this detection to be effective, you must:

The anti-ransomware protection rule set present by default in an SES installation can block these malware strains.

Figure 6: illustration of the blocking rule

[juiz_sps buttons="facebook, twitter, linkedin, mail"]
Do you have a more technical question on the subject? Need clarification on Stormshield protections? The Technical Support teams are at your disposal to provide you with the best possible support. Contact them through the incident manager located in the private MyStormshield area. To access it, select the "Technical support / Report an incident / Track an incident" menu.
Access MyStormshield

Raised on Gameboy and horror movies, Elliot makes his first fork-bomb in college. Tired of having to disable his anti-virus to inject unknown dlls into Counter Strike, he unknowingly learns about computer security. After an unorthodox path of science, rootMe challenges and contract missions, he chooses the Blue team. With a Stormshield cap on his head, Elliot started working on the Endpoint branch as a cybersecurity engineer. Positioned on the security of the Breach Fighter tool, he contributes to the security policy of the Stormshield Endpoint Security Evolution solution. And as this is not enough, he is also a member of the Threat Intelligence team.